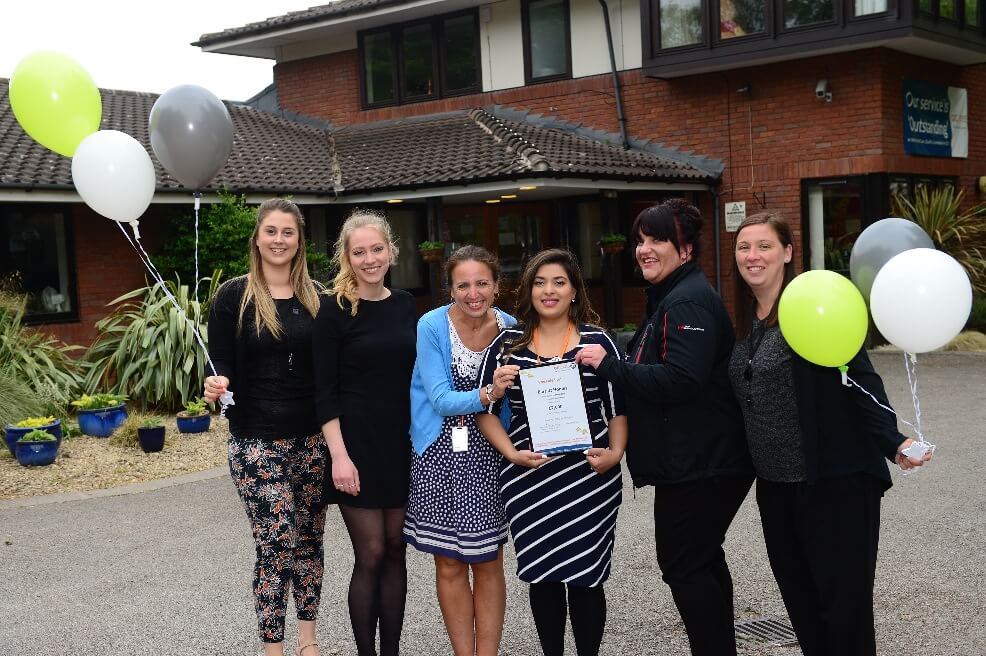 A West Midlands based charity which provides vital care for children across the region has received a funding boost from a leading homes builder.

Barratt Homes West Midlands has paid for three days of care at Acorns Children’s Hospice, to the value of £21,000, towards the charity’s work caring for life limited and life threatened children and young people, and support for their families.

In the past year Acorns, which operates three hospices based in Birmingham, Worcester and Walsall, has cared for over 870 children and more than 1,090 families, including those who are bereaved.

Amanda Smallman, Senior Fundraising Manager, Corporate and Community, said: “We are extremely grateful to Barratt Homes for this generous donation and were delighted to give the team a tour of our hospices so they could see for themselves exactly how the money will be spent.

“It costs us £7,000 every 24 hours, per hospice to provide our vital care and services, both in the hospice and in the community. On behalf of Acorns, I would like to say a huge thank you to Barratt Homes for their support.”

The donation was made through Acorns Pay for A Day scheme and took place as the homebuilder celebrated its 60th anniversary. Staff were also given the opportunity to spend a day at one of Acorns three hospices to see first-hand the vital care their fundraising will support.

Adrian Farr, Managing Director at Barratt Homes West Midlands, said: “It was an honour to be invited to Acorns Children’s Hospice for a tour of the hospice and talks from the team there. Our staff came away with an understanding of how the money we have fundraised last year has supported the invaluable work of the nurses at the hospice.”

Acorns, which this year celebrates its 30th anniversary, is currently the UK and the world’s largest children’s hospice charity, as measured by the number of children in its care. It costs nearly £10 million a year to run Acorns services and the charity relies heavily on the generosity of the community and local businesses for the majority of this amount.

To find out how you could support Acorns, please visit www.acorns.org.uk/payforaday

Photo caption: Making a difference… Staff from Barratt Homes West Midlands visit Acorns to see how their generous donation will be spent.

For more information or for interview, photograph or filming opportunities, contact the PR and Communications team: