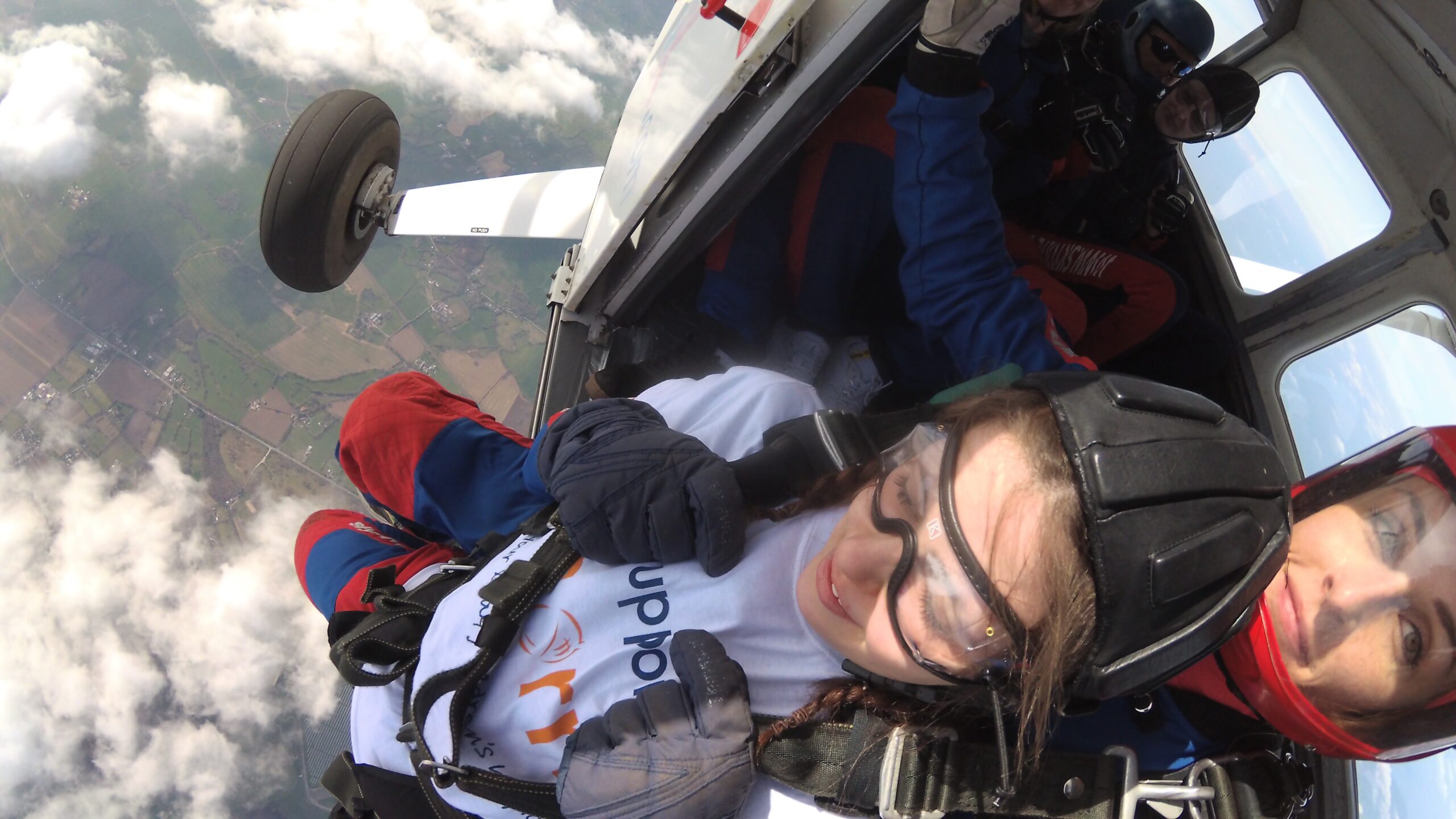 “You’re doing something that’s going to live with you forever as a great experience, and at the same time you’re doing it for someone else”

Picture the scene. Cruising at an eye-watering 10,000 feet you shuffle your way to the front of the plane, gripping the side of the craft to steady yourself. With the wind rushing through your hair you glance out of the open door and are greeted by a wall of clouds covering the patchwork of green fields below. You can just about make out the voice of your instructor over the roar of the engine – “Ready?” – you lean forwards, and with a rush of adrenaline begin freefalling towards earth at 120 miles per hour in a tandem skydive!

Sounds pretty nerve-racking, right? Well, that’s what 21-year-old Lily Daniel from Redditch found herself doing when she took part in the Acorns Skydive at Tilstock Airfield.

Lily was one of three to brave the jump, fundraising nearly £600 for Acorns Children’s Hospice in the process. Did you know that £600 could pay for six families to have an overnight stay at one of our hospices?

But what made her choose to do something so adventurous?

“It’s something I’ve always wanted to do, but doing a skydive for charity really motivates you to go ahead and actually do it. I’ve also found that with a skydive you get more sponsors because you’re doing something a bit more interesting.

“I set up a JustGiving page, but I found it easy to fundraise in person – some people prefer to fill out the sponsorship forms so I took them into work and asked around. I even got my Grandad involved – he knows loads and loads of people, so that really helped!

“It’s so good, because you’re doing something that’s going to live with you forever as a great experience, and at the same time you’re doing it for someone else.”

The reason she chose to skydive for Acorns is down to the extensive support we offer for life limited and life threatened children and their families.

“When I visited the hospice, seeing the amount of equipment there is just crazy.” she says.

“You don’t realise how much they do for the kids until you go inside. They do so much, not just for the kids, but also for the parents and the families going through it. They offer so much support that is so needed, and they make the children’s lives so enjoyable.”

It’s only with the support of fundraisers like Lily that we can provide care, support, fun and laughter for over 870 children and more than 1,140 local families each year.

So, after experiencing the rush of a skydive, would she do it again?

“I reckon I would yes, and I’d definitely recommend others to give it a go.”

Are you ready to take on the challenge and experience the ultimate thrill for Acorns Children’s Hospice? We’re looking for local heroes to take part in this unforgettable experience whilst helping to fund our vital care. Join Team Acorns for our next skydive on 19th March 2022 – don’t miss out and book your place now! 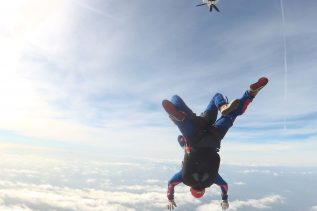