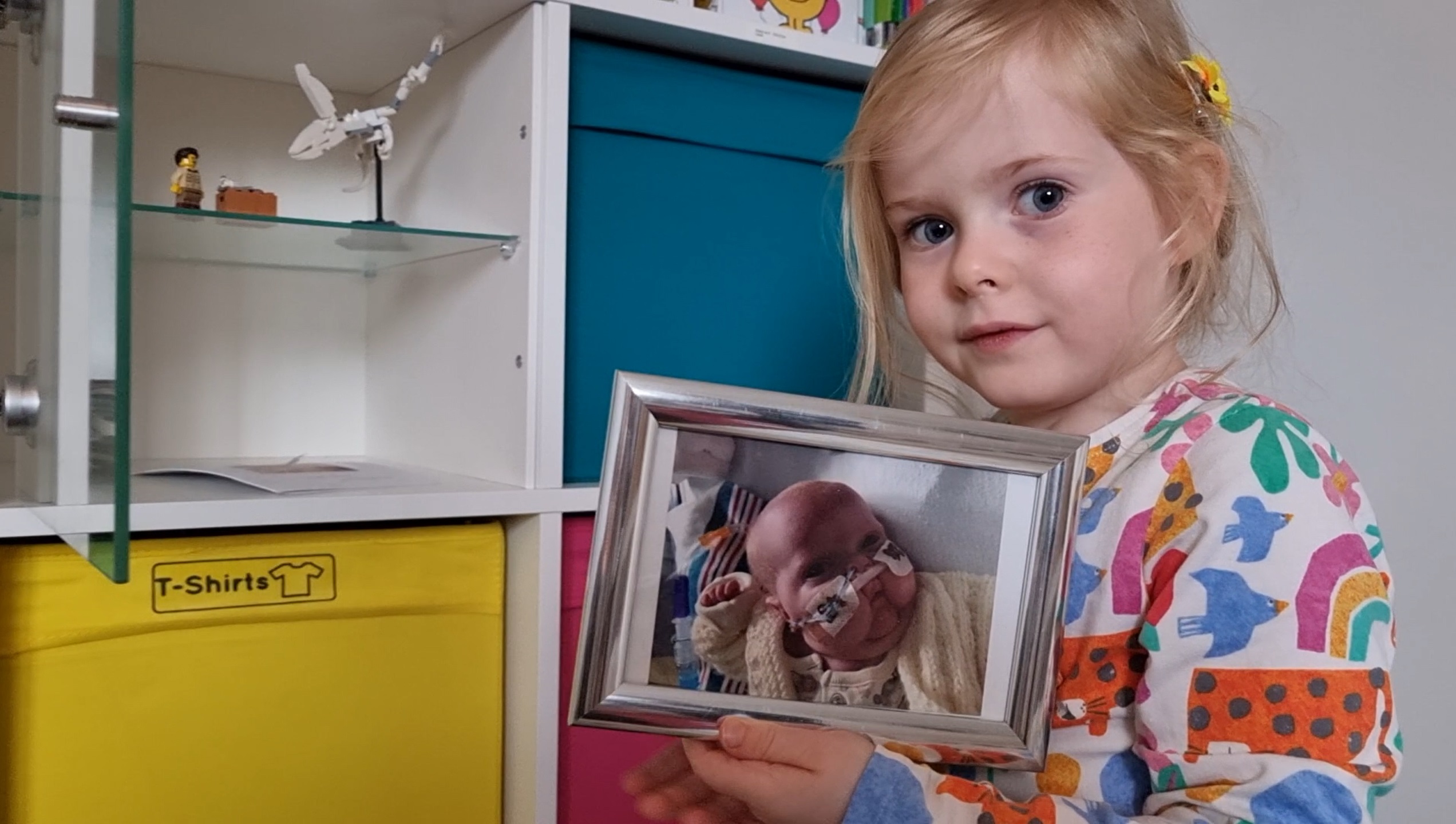 The parents of premature twin girls born at just 23 weeks open their hearts to share the greatest gift their family was given as they said goodbye to one of her precious daughters.

Sam Cunningham and husband Mike were already shocked to learn they were having twins at their 12-week scan. The Walsall couple thought they’d have months to prepare for their arrival.

But at their 20-week scan, they were told there were complications with the pregnancy. Just three weeks later Sam’s waters broke – the girls were on their way. Each weighing less than a bag of sugar each, Natalie and Alexus were born 17 weeks too soon on 27 July.

Sam said: “It was terrifying, especially for Mike. He didn’t even know if the girls were alive, because they didn’t cry – they weren’t old enough to be able to cry. It was just silence and they were whisked away.

“And then I had to have emergency surgery because I wouldn’t stop bleeding. So he was sat there on his own for two hours not knowing anything.”

The girls were six hours hold when Sam and Mike were finally able to see them; their tiny babies just a ‘bundle of towels and wires’.

“But they were breathing,” Sam said, “and we couldn’t have asked for more. I don’t ever think it’d been spelt out that actually everything was very much against them. Both of them had bleeds on their brain and Natalie had 16 tiny blood transfusions and it wasn’t even 12ml of blood – that’s less than three teaspoons.”

But, while Alexus grew stronger, Natalie wasn’t responding to treatment. At three weeks, Alexus was transferred Birmingham Women’s Hospital. Her sister, still too unstable to move, remained in Bolton – the only hospital with the capacity at the time of their arrival equipped to deliver such tiny babies.

Both Mike and Sam split their time between the two hospitals, making the long, lonely journey up and down the M6, until Natalie was able to join her sister in Birmingham seven weeks later.

Sam explained: “Natalie did not stop fighting. She survived heart surgery. She was our little Hulk.”

Sadly, the fight was too great for Natalie. Sam and Mike were given the devastating news there was nothing more the doctors could do for Natalie and the family were introduced to Acorns Children’s Hospice in the Black Country.

It was here Sam, Mike and their baby girls were given the greatest gift – ‘the chance to be a family for the very first time’.

“We had no clue,” Sam said. “We were blissfully naive. We still had all the hope in the world. When we looked back at the photos later on, you could see how sick Natalie really was.

“Natalie’s journey, unfortunately, is probably typical of up to 80% of 23 weekers. By contrast Alexus was at the opposite end of the scale and came home without any oxygen, without any outward signs of challenges or global delay. She could be one in a million.”

Mike said: “As soon as we arrived at the hospice, everything was taken care of and we immediately felt lighter. We moved into their family flat, and I can remember the fish finger sandwich we ate that evening. It was the first home cooked thing we’d had for the past five months.

“Being at Acorns made us feel safe. The nurses were trained and there to help. If we just wanted someone to sit with us and Natalie in case the worst happened, they were right there by our side. They allowed us to do the things that parents should.”

The couple and their girls experienced many firsts together.

“That journey to Acorns was their first car ride together,” Sam said. “We had our first family cuddles together, our first walk together and we got to watch the fireworks on New Year’s Eve together. We realised what we were experiencing were the first feelings of being a family.

“We hadn’t been parents, we’d been carers. Going to Acorns allowed us to be parents for the first time in five months.”

After a week of fun and family time, Natalie was ready to say goodbye. She passed away while receiving cuddles from her mum and dad on 5 January 2017.

“That was the greatest gift – for us to be a family and to have that time together. It’s something we’ll never be able to repay, even though we have been trying to ever since because there is nothing in this world that we wouldn’t give to have that time again.”

At Acorns, we know that Christmas is all about creating cherished moments with those you love. But for the family of a life limited or life threatened child, these moments are even more precious.

Sam and Mike are sharing Alexus and Natalie’s story as part of Acorns Christmas Appeal.

‘The Greatest Gift’ campaign aims to raise vital funds towards the charity’s crucial care for life limited and life threatened children across the West Midlands and support for their families.

With your help Acorns can continue to give families like Sam and Mike’s the care and support they need, whatever challenges they may face.

Will you give The Greatest Gift to Acorns and help make sure they can be there for families this Christmas, and all year round?

With your help they will continue to give the gift of care and support to every child and family that needs it. 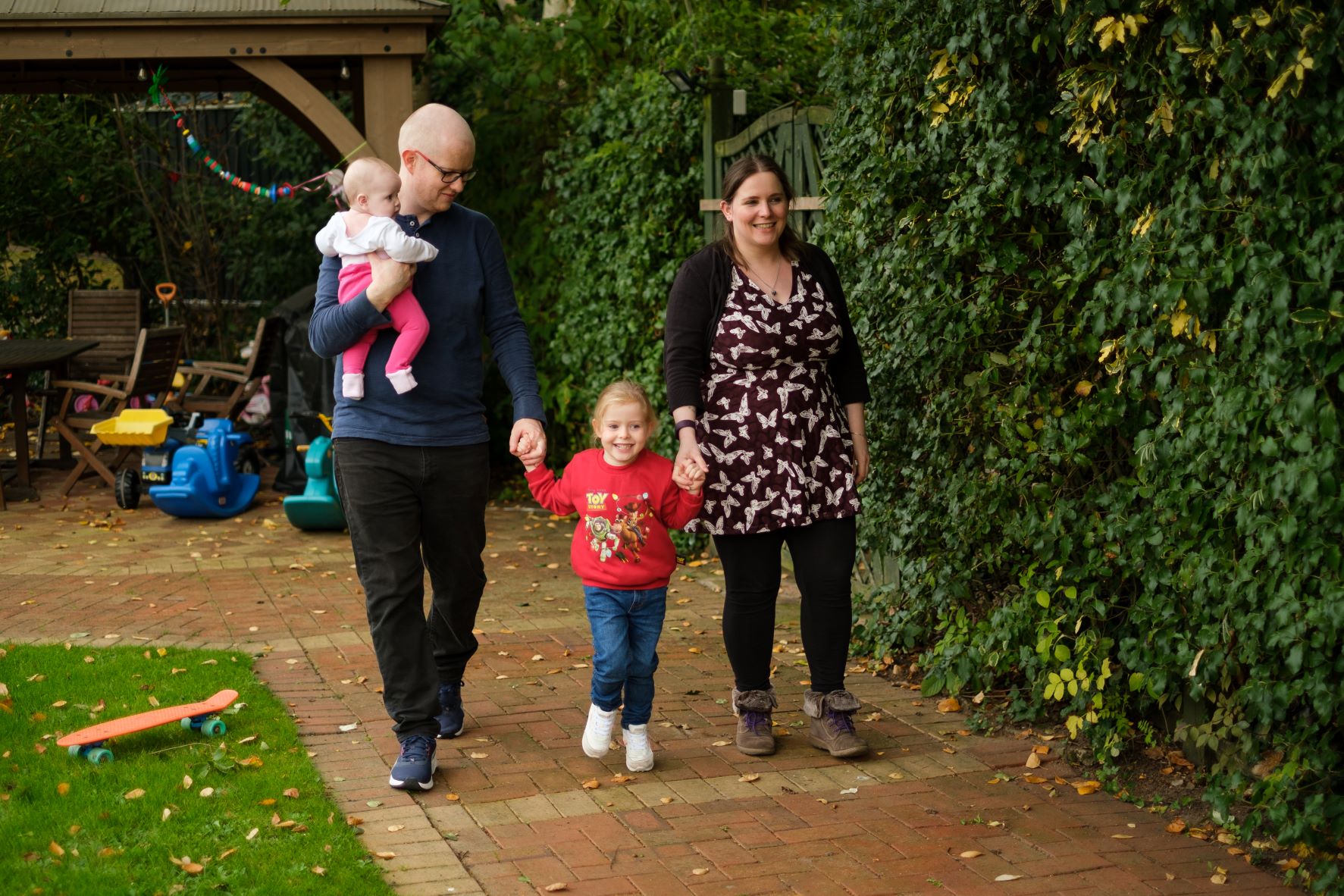 Will you give the greatest gift this Christmas?

With your help Acorns can continue to give families like Sam and Mike’s the care and support they need.