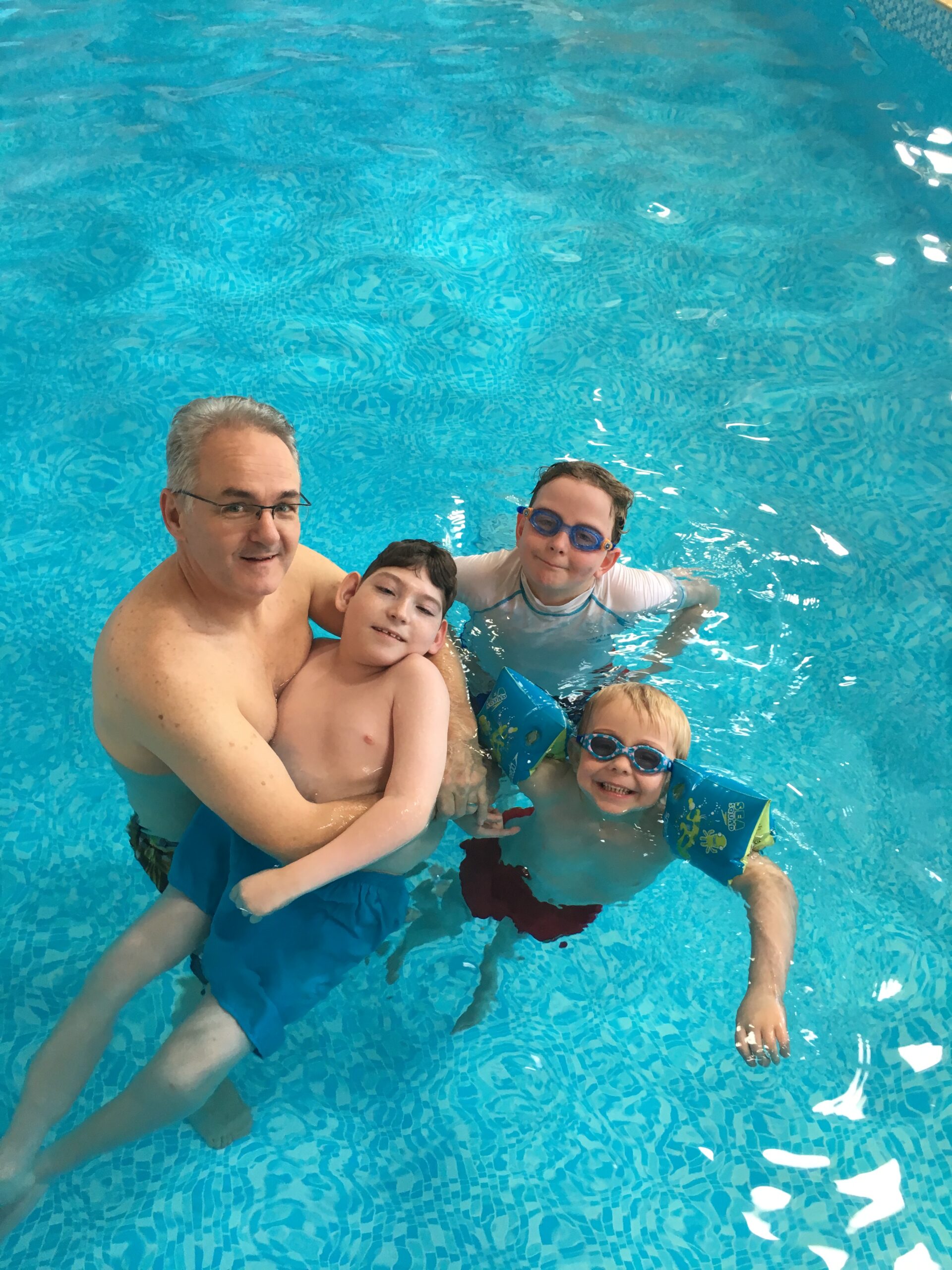 16 year old Jack had cerebral palsy and visited Acorns for the Three Counties, our children’s hospice in Worcester. Sadly, in November 2020, he passed away. This is the story of his life and his journey with Acorns.

With his infectious laugh and heart-melting smile, Jack Dyer was well known and loved by everyone who met him.

Due to complications at birth, Jack had cerebral palsy and began visiting Acorns for the Three Counties for short breaks when he was just 9 months old. His parents Dale and Sharon, younger brothers Harry and Charlie, have been using Acorns for care and support ever since, and the hospice has become like a second home. Sadly, in November 2020, aged 16, Jack passed away. The family spent the precious last few weeks with their much-loved son and big brother at Acorns.

Dad Dale remembers Jack, his cheeky personality, and the vital support the family received from Acorns throughout his life.

“I’ve seen Jack over the years on hundreds of occasions, literally flutter his eyelashes and it’s almost like he’s drawing you in. If he was in the right frame of mind and he was quite relaxed he’d just have to look at you and you were in.

“When he smiled, it wasn’t just his mouth – it was his whole face. His eyes just sparkled. It was amazing. And when he laughed – well that was just to die for – because it came from right down below.”

Jack arrived just over five weeks early and he was starved of oxygen during labour. On his first night, he went straight to the special care baby unit and the following morning to intensive care.

Three weeks later Jack was discharged home, but it was immediately clear the family were in need of extra support to cope with the challenges of caring for their new arrival.

“Nobody gave us any real indication as to the level of Jack’s possible problems. Nobody was able to say to us: ‘this is what we think is going to happen.’ It was quite evident that Jack had some major issues as he wasn’t hitting any of his key development markers.

“He seemed to be angry all the time and I don’t think it was until he was about 18 months old that we found out the reasons why. Jack was having a lot of seizures and that resulted in his whole body being very stiff and his muscle tone being very tense. He was obviously in a lot of pain.“

Acorns for the Three Counties on Bath Road, Worcester had recently opened and one of the family’s community nurses recommended it as a place they could use. The Dyers were one of the very first families to start using the hospice after it opened in 2005.

“We were very, very drained and not sleeping. It was hard work because being first-time parents, we didn’t understand what the problems and issues were. It was all completely new to us.

“We went for a stay at the hospice for two nights with Jack and stayed in the flat upstairs so we could be nearby. It just carried on from there. The stays that Jack had made a huge difference for us. It was somewhere we could get a bit of respite and recharge our batteries.

“The support of our Family Team Worker at Acorns over the years has been a real help. They’re an extra person you can talk to who understands and who can point you in the right direction if you need help.

It was a steep learning curve for the family, but Acorns understood what they were going through and had the skills and experience to help.

“What Acorns offers is physical respite but also mental respite – not having to think about things or worry – so you can actually go to sleep. In 16 years, I don’t think I ever had an unbroken night’s sleep.

“As silly as it sounds, even now there are some periods where I would swear, I can hear Jack – either breathing or coughing or whatever. I think the brain is tuned to waiting for those sounds.“

Over the years the family has turned its attention to fundraising – raising many thousands of pounds in the process for Acorns – a local children’s charity that relies on the generosity of the public to continue.

As well as Dale completing two London Marathons in 2008 and 2014, in 2013 the family became familiar to many people as faces of the Acorns Christmas Appeal – sharing their story to encourage donations and support from the public.

A keen Worcester Warriors fan, Dale fondly remembers carrying Jack around the pitch at Sixways with a group of families for the launch of a fundraising initiative between the Club and Acorns.

“I can see my mind’s eye now – walking around with Jack in my arms. Sharon was pushing Harry in a pram, so he would have only been two or three. The feeling of warmth and love that came from the crowd was unbelievable. People were trying to shove money into my hands for Acorns. It was just amazing. Absolutely amazing.“

In September 2020, Jack’s health deteriorated. One morning Dale discovered Jack pale and struggling with his breathing. He called an ambulance which took Jack to A&E at Royal Worcester Hospital. They then transferred him to the Paediatric Intensive Care Unit at University Hospital North Midlands in Stoke on Trent where he stayed for nearly six weeks.

“We did some amazing stuff. He loved being out in the garden, being able to see the trees and hear the birds. Right up until the point he was admitted to hospital, he had a brilliant six months. It was only when he went back to school, after about a week and a half he picked up a cold and went downhill.

“The six months leading up to that point were probably the best six months of his life.“

Although he had been in hospital before, it was clear that this time the situation was different. The hospital specialists advised there was little more they could do for Jack.

The family decided to transfer Jack to Acorns, a place where they could spend time with him in a familiar setting, closer to home. Jack was at Acorns for two and half weeks.

“It gave us time with Jack. It was like he was saying: ‘I’ve had enough now – I’m going to give you six weeks to get used to me not being at home – then I’m going to take a couple of weeks so it’s just me, mum and dad.’

“I felt it was almost like he made those decisions. It was like he was saying: ‘I’ve had enough now I want to go a different route.’”

While they were staying at the hospice, Acorns looked after the whole family. Staff were there to meet all their emotional, physical and practical needs. We cooked all their meals and Acorns nurses made sure Jack was comfortable and had the right medication.

“The hospice allowed us to have the boys there as a family of five, so we could say our goodbyes. One Saturday morning he woke up at six o’clock, looked at me, gasped twice, three times and was gone.

“The whole 9-week period was just brutal, and they say you should never outlive your kids. You shouldn’t, it’s horrible. You wouldn’t wish this on your worst enemy. The grief will never go away, you just learn to deal with it in a slightly different way.

“If one of us gets upset, we’re not upset for Jack, we’re upset for us because we miss him. But the important thing to consider is that he’s not struggling or suffering anymore. He’s not in any pain.

“Neither of us are religious, but there is an element of spirituality. The way I see it – he’s sat wherever he’s sat, with Sharon’s Uncle Dave who passed away in January 2020, his Granny and his two great grannies, looking down on the world where they are all laughing at us.”

Friends and family remember Jack fondly – as do all the staff at Acorns who cared for him during visits to the hospice, as they watched him grow from a little baby into a young man. Acorns became almost like an extended family. A big reason Jack was so well-known and loved was his personality. Dale remembers a particular photo of Jack sitting in his room at home, a photo which seems to encapsulate everything about him in one image.

“He’s sat on a bench watching a video whilst having a physiotherapy session and he’s got this big grin on his face. I can remember it now. He was having what I’d call a real belly laugh. You didn’t hear it very often but when he laughed it would just melt your heart.

“He was very cheeky. We always said there was a lot more going on upstairs than anybody gave him credit for, even us. He knew how to wrap people around his little finger in his own inimitable style. It was all in the eyes and the face. That laugh would literally just melt your heart.“

Sign up to hear from us and you’ll receive our Together Newsletter, with lots of stories about how we support families as well as ways you can get involved. 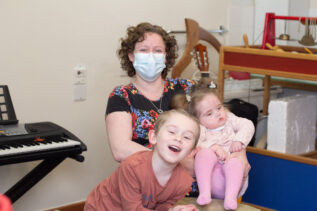 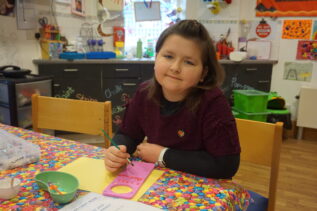 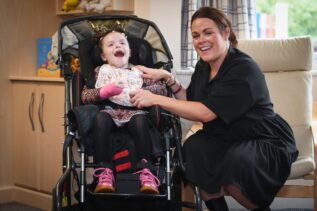 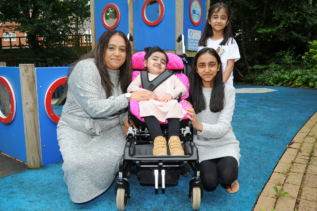 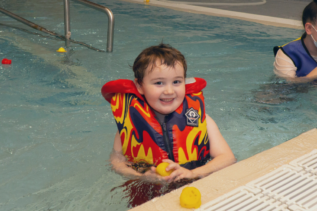 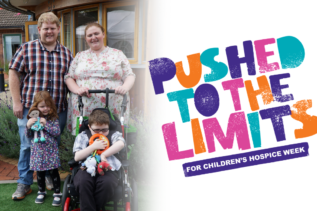 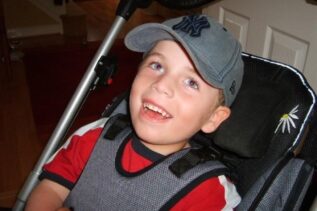 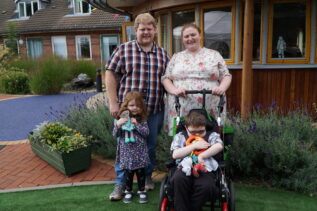 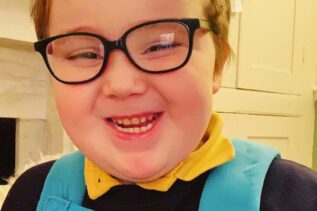 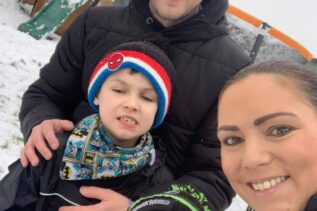 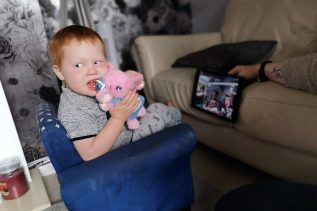 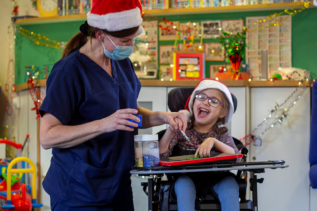 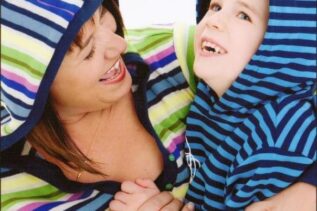 ‘If I knew then what I know now’ 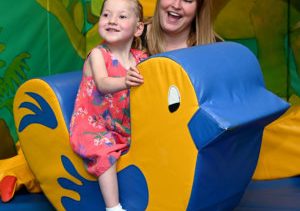 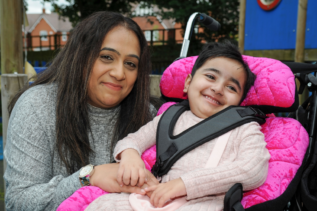